Venus will reach its greatest brilliancy on February 17th. These days Venus reveals itself as exceptionally fascinating, do not miss this phenomenon. But Venus planet is not ’full’ now, using a telescope, it may be observed in crescent phase. (About this topic you can read more clicking here.)

A month later, Venus will be difficult to see as it approaches ’Inferior Conjunction’ (March 25th), passing between the Earth and Sun. By late March, Venus will re-emerge in the morning sky as ’Phosphorus’, visible shortly before sunrise. Through a telescope or a good pair of binoculars, it will be a large, thin crescent again (at greatest brightness on April 30th) that will gradually shrink as it transforms to being half lit. Its greatest elongation west of the Sun (again circa 47 arcdegrees), will occur on June 3rd. For the rest of the year, Venus will gradually move away, getting progressively smaller (through a telescope). By year’s end, as it approaches ’Superior Conjunction’, Venus will once again disappear in the Sun’s glare, passing behind the Sun. Its next ’Superior Conjunction’ will happen on  January 9th, 2018.

When Venus shines at its very brightest, it is not impossible to catch sight of your shadow by its light. The Moon will be below the horizon during the first half of the night, thus Venus won’t have competition to dominate the sky. Make a try. Hold your hand in front of a piece of paper and observe whether Venus casts a shadow or not. Of course, the shadow casting can only happen if you stay in the countryside, far from artificial lights and you have a very dark, clear sky and optimal visibility.  >>>> More Astro Info 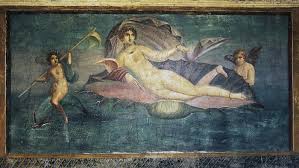